Mould spores are everywhere, both indoors and outdoors. But those spores only become a problem when the conditions are right. Once mould spores find a location that has moisture or humidity, and a material that it can feed on — such as wood — it will soon begin to appear.

Mould is bad for your health, especially if you have respiratory issues caused by asthma or other allergies. And mould is unsightly. Further, if you have mould because of moisture issues in your home, then you may also have wood rot fungi, which can damage the structure of your home over time.

Mould gives off a musty odour that doesn't go away until you remove the mould itself. Air fresheners won't help to remove the odour of mould. If you have an unexplainable musty odour in your home, this indicates a mould problem. Therefore, mould removal is required.

If you or someone else in your household has begun to develop unexplainable allergy symptoms like a sore throat, cough, itchy eyes and runny nose or difficulty breathing, this may indicate mould. Mould creates allergy symptoms that never seem to go away, even with the help of medicine. If people in your home are becoming consistently ill with allergy symptoms, mould may be to blame.

Discolouration may be mould growing on a surface. If you see discolouration anywhere in your home, examine it without touching it. Mould is usually pastel in colour, and sometimes black. Discolouration could also be a sign of water damage, which often comes hand in hand with mould. For instance, if you see ceiling discolouration, there could be mould somewhere up there too.

Since mould needs water to survive, if you have a leak or a source of standing water somewhere in your home, this is enough for mould to thrive. So, if you notice the above signs, look around the area for water sources that don't belong. Leaky pipes, taps and air conditioners can all create the ideal conditions for mould to thrive. 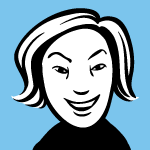 Hello, my name is Al. I live in western Australia with my lovely wife Maria. I work long hours as a doctor at the local hospital, and Maria is often out of town, so it can be difficult to keep our home clean. We really like to host guests at dinner parties and other events, but it can be embarrassing to invite them into an untidy home. The stress of keeping the place clean was really impacting on our relationship, so I decided to call in a professional cleaning service. Our home is now always nice and clean. I decided to start a blog to encourage others to use cleaning services.